Celebrity influence on makeup trends according to millennials and Gen Z 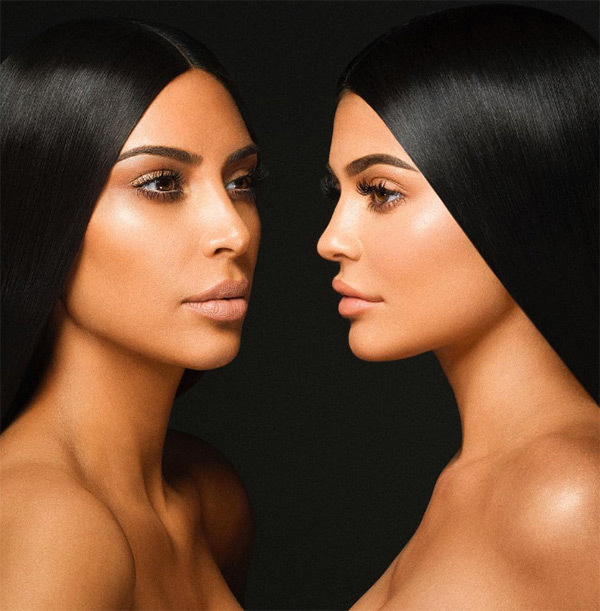 With the ever-growing global presence of technology in all aspects of our lives, the influence of celebrities on individual purchasing habits is becoming more prevalent. This report will explore the results of a recent survey that Perfect365, a virtual makeup app, conducted this year of its users. The survey included 28,000 millennials (those born between 1980 to 1994) and Gen Z users (those born between 1995 to 2005). As the first two generations in history that grew up with the existence of the Internet, there have been some significant and far-reaching changes in the way decisions are made when purchasing beauty products.

When asked which celebrities are followed when it comes to makeup trends, both generations were very close in their choices with millennials preferring Kim Kardashian West at 21% and Gen Z preferring Kylie Jenner at 20%. When it came to the runner-ups, millennials chose Kylie Jenner at 19% and Gen Z preferred Kim Kardashian West at 20%. Just a difference of 1% for both choices.

Considering that Kim Kardashian West and the show “Keeping Up With The Kardashians” rose to fame in 2007 and that the show is still airing new episodes while Kardashian West and Jenner continue to be relevant celebrities in the news and active in social media, it makes sense that these sisters would be familiar faces associated with makeup and beauty ideals. And considering the age difference between millennials and Gen Z, although small, it does make sense that millennials would prefer the older Kardashian sister and that Gen Z would prefer the younger sister. Jenner really stepped into her own light after getting lip augmentation in 2015 when many Gen Z’ers were in their pre-teens.

When asked which beauty brands are purchased the most, both millennials and Gen Z came in at 28% for MAC cosmetics. A brand that became very popular in the late 1980s after being one of the most popular beauty brands of their time to use a celebrity to promote their line. That celebrity was Madonna who was wearing one of their matte red lipsticks–a staple of the revered Old Hollywood glamour style of the 1940s and 1950s. They are also one of the most popular brands to popularize the use of celebrities in beauty campaigns for a cause such as legendary drag queen RuPaul in 1994 during the launch of the first Viva Glam Campaign which continues to raise funds for HIV and AIDS research today.

When asked if they were more inclined to use a brand if a celebrity endorsed it, 53% of millennials said no with 51% of Gen Z users also saying no. This is reflective of the general skepticism amongst newer generations (that they likely learned from their parents from Generation X) of a celebrity that endorses a product because of the knowledge that the celebrity is being paid to do it. Though with a 2% difference in opinion, it does seem like on a slight level that Gen Z users are a little bit more likely to be interested in using a beauty brand if a celebrity endorses it. Though, this could be attributed to the fact that Gen Z users are more likely to be influenced by the opinions of their friends and family rather than by a celebrity. So, if familiar, trusted people around the Gen Z consumer favor a celebrity and are more inclined to purchase a product with a celebrity endorsement, it makes sense that the Gen Z consumer would, too.

When asked which celebrity makeup trend they would most likely wear, both millennials and Gen Z users favored Kim Kardashian-West’s soft contour and glowing skin the most. For millennials, Selena Gomez’s smokey eyes with nude lips came in as a runner-up at 19% and for Gen Z users, Rihanna’s red velvet lip color also came in at 19%. Based on these results, it seems that some structure through soft contouring and healthy glowing skin are generally valued for the face for both generations.

Celebrity makeup artist Kabuki has a long list of star clients that need his services for red carpet or magazine covers. He says, “I almost always do a soft contour and glowing skin on most of my clients whether for fashion week or on the red carpet. It’s a timeless trend right now and never fails.”

Millennials prefer to add more drama and emphasis on the eyes and Gen Z users preferring to add more of that emphasis on their pout. Smokey eyes were a high-demand look due to NYFW runways in the 1990s and through the early 2000s during the time millennials would have been in their teens to early twenties. Kabuki also uses smokey eyes as a staple when he’s working on celebrity looks. He says, “I recently did a beautiful dark smokey eye on Lily-Rose Depp for a Steven Klein shoot with CR Fashion Book. Dark smokey eyes are definitely a popular makeup trend for editorial shoots and red carpet.”

With Rihanna releasing her first album in 2005 and quickly becoming a beauty and fashion symbol during the time Gen Z’ers were either born or very young, it also makes sense that they would want to emulate her signature red velvet lip.

Maybe they’re born with it? (Technology, that is)

Taking into account the above results, it is important to keep in mind the background of these two generations and the circumstances they grew up in. Some of the differences between millennials and Gen Z are that millennials were exposed to technology likely in their preteen to young adults years and had previous experiences of shopping for beauty brands without technology and social media. Gen Z was born around technology, and depending on what year they were born, were raised in an environment where technology was prevalent in their surroundings. They rely upon technology for decision-making with easier access to social media and various beauty trends and options.

Another difference is that for millennials grew up in a time (1990s-early 2000s) where makeup was more about healthy glowing, bronzy skin and celebrating a more natural and effortless look. Gen Z has grown up in a time (the early 2000s to present) where more creative, dramatic, high-femme makeup that straddles the line between fashion, drag, and fantasy with very bold eyeliner, colors and full, pouty lips has become very popular.

One similarity that both generation groups share is that they both grew up with technology during their formative years, so technology has become an indispensable tool with their purchases. It is common for these groups to turn to social media platforms like Facebook groups, Twitter, or Instagram to conduct polls on whether or not they should purchase a certain item. This gives them a safety net of knowing that the pre-qualified social groups they joined are full of people who are also as interested in the same style and products that they are making them more trustworthy. And it is a faster, more convenient way of getting a lot of opinions. Whatever gets the most “likes”, positive emojis, and comments sway the decision.

A big similarity these groups share is that they went through the 2008 economic recession in the United States at a young age. Some speculate that this created a sense of uncertainty for the future and a great desire for stability, structure, and a certain level of desiring conformity to achieve security. It may explain why newer generations are more eager to go along with current trends and why trends are able to take on and spread at an exponentially faster rate than ever before. This has been speculated to make Gen Z users a bit more pragmatic and obsessed with money management, leading them to often shop at discount stores to still be able to try various makeup products and looks.

Is there anything left that the Kardashian/Jenners haven’t dominated?

When it comes to celebrities that are popular in the beauty industry, it seems like the Kardashians have reigned supreme for the past decade because of all the celebrities that were listed on the survey, Kim Kardashian West and Kylie Jenner are the only ones that had a reality TV show. That allowed the Kardashians to let people into their own homes and get to know them on a personal level. It’s almost as if the audience is watching familiar friends they’ve kept up with on TV over the years. But, on top of the show, the Kardashians have also kept up with times and are very active social media users which also makes them powerful beauty influencers.

And with their beautiful bronzed medium tan skin tone and dark hair, their appearance may have been helpful in making them even more relatable to a wider ethnic group than Rihanna or Gwen Stefani might upon the first impression. There are certain groups of lighter-toned people who desire to achieve a tan which is very popular in Los Angeles, and there are certain groups of deeper-toned people who would want a slightly lighter tone but not pale tone like certain Asian or Pacific Islander groups.  And the Kardashians fall right in the middle.

In the end, things are not always what they appear to be. While there are many bold, aspirational makeup looks that catch the eye of millennials and Gen Z users on social media, it’s fun to look at what’s new on the market, and admirable to look at as a form of artistic expression. Maybe these viral bold looks are exciting to experiment with occasionally, but not sensible enough for them to want to wear regularly in everyday life.

Only 31% of the survey takers say they wear strip lashes, whereas 15% splurge on lash extensions, which can cost up to $300 per month to maintain. We’re guessing the rest of them wear mascara, or maybe nothing at all. As for celebrity style, less is more when it comes to lashes according to Kabuki. He says, “The no faux lash look is gaining traction. At the shows I worked on in NYC and Paris for S/S 2018 Fashion Week, strip lashes were obsolete. Instead, it was all about natural lashes with mascara. I’ve been noticing this becoming more common.”

Also, because of their experience growing up in the Great Recession, it has also made it important to be practical when it comes to collecting important information and opinions on making decisions on where they want to spend their money.  And that usually comes from the people who they live with and interact with in person, like friends and family, and familiar social media groups more than celebrity endorsement alone–unless their friends and family like them, too.

Hello! I am a makeup artist veteran with almost 20 years of experience in the retail, freelance and editorial world of beauty. I’ve been beauty blogging for 10 years, with a focus on color cosmetics and skincare. Want me to review something? Just give me a holler!